CHECK BACK WITH BMX MANIA FOR CHALLENGE RACING PHOTOS AND RESULTS

PLUS CHAMPIONSHIP PRACTICE WITH YOUR FAVORITE MEN AND WOMEN PROS!

THURSDAY RACING AND PRACTICE PHOTOS TO BE POSTED, FRIDAY MORNING.

UNTIL THEN, YOU CAN ALWAYS CHECK OUT WEDNESDAY'S AM PRACTICE PIX! 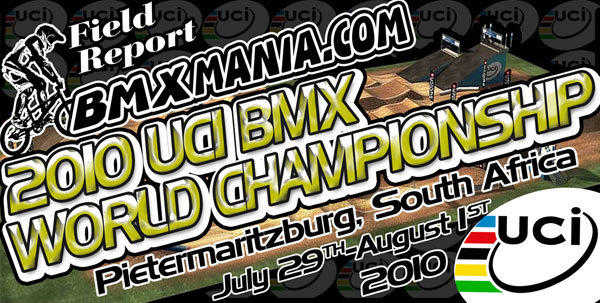 Check it out at WWW.BMX-VIDEOS.COM

BMXMANIA.COM TECHNICAL UPDATE.....Sorry, but we've had some trouble getting our net connection dialed in and the Jet Lag is still "Laggin"

so Tuesday Photo Gallery will be posted, Wednesday morning.......PROMISE! Go ride your bike instead of cruising the internet! Yee Haw!!!!! 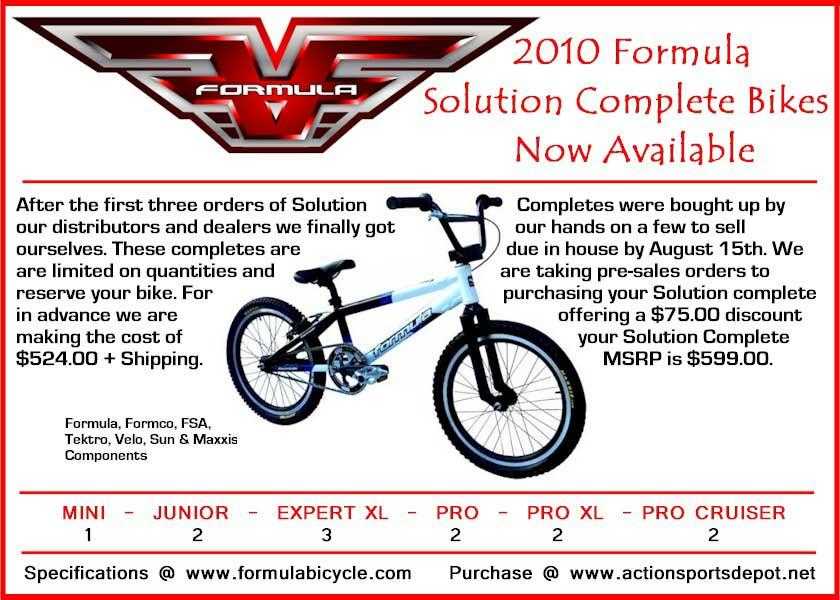 In the final countdown to the 2010 UCI BMX World Championships which will take place in South Africa at the end of the month, the Supercross track at the World Cycling Centre (WCC) in Aigle, Switzerland, is in demand.

Nine National Federations and BMX clubs are training at the WCC this month in the run up to the Pietermaritzburg Worlds on July 31st and August 1st. With its 8 metre high starting ramp, the Supercross track in Aigle provides an ideal training ground for athletes who will be confronted with a similar ramp and track in South Africa.

SE’s long awaited S1-E grips are finally available. These 2-piece grips definitely have an OG look & come in a variety of colors.

Available at your local SE retailer or direct at www.BUYSESTUFF.com 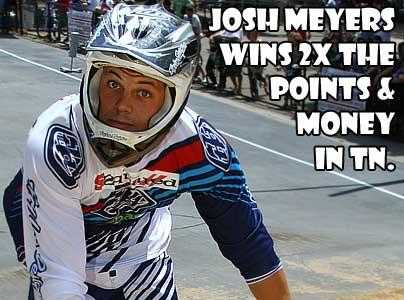 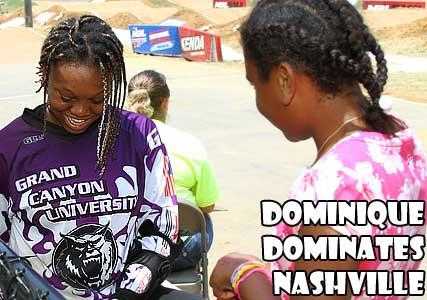 The BMX Mania staff is all excited that the NBL has moved the Midwest Regional Championship and Last Chance Qualifier to our home track, Hire Park BMX in Warsaw, Indiana. Look for complete coverage of all the excitement from BMX Mania, your Fun and Friendly Home for BMX Mayhem!

The Midwest Regional Championship and Last Chance Qualifier scheduled for August 14-15 in Indianapolis, Indiana has been moved to Hire Park BMX in Warsaw, Indiana. All pre-registrations already received will be honored. If you would like a refund of your pre-registration fee, please contact Angel Dorr at 614-416-7686. We apologize for any inconvenience this may cause. 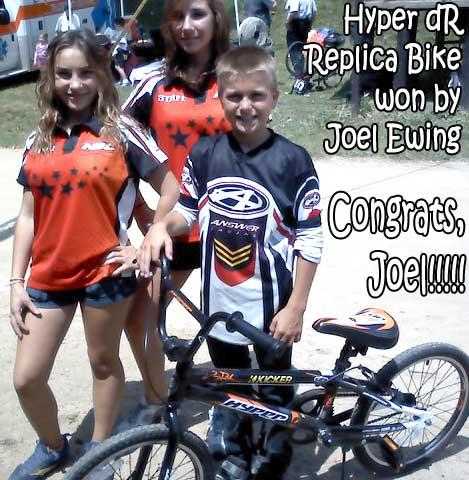 GAHANNA, OH (June 29, 2010) -- The NBL Stars & Stripes Nationals, held at South Park BMX in Pittsburgh, Pennsylvania, June 25-27, drew over 1000 racers and fans to race and watch the action at the longest-running NBL National. The seventh race of the season for the NBL’s Elite Series featured more than 400 fast Pros and top amateur riders from across the country on the world-renowned South Park track.

The Pro Spectacular began with local rockers, Good Brother Earl, taking the stage to entertain the crowd. Fun contests and exciting giveaways for fans included more than $2000 in prizes, including bikes from Intense and a Hyper dR Replica Bike won by local rider, Joel Ewing.

Pros from all over the U.S., as well as Colombia, Brazil, and South Africa signed autographs for their fans during an autograph session, and then the big action began at 5pm! The “Alabama Slamma”, Clayborn’s Barry Nobles, laid the ponies down to take the Elite Men win over Olympian Ramiro Marino and Haro’s Jason Rogers. Dominique Daniels continued her domination of the Elite Women’s class by powering past Florida girls, Amanda Geving and Madison Pitts. It was Standard’s Scott McMahon who passed Johnny Culbreth in the second straight and got out ahead of the typical Super-Ex pileup coming out of the Pro section. He held off Weston Pope down the last straight for the win. GT’s Joey Albright is hitting his stride this season and continued his solid run with a win over Intense/Dyna-Pep’s Tommy Opincar to increase his points lead in the Masters class.

The racing in South Park lived up to the hype with only three more races left for Elites to gets points before the NBL Grands on Labor Day weekend in Louisville. Next stop: Nashville, Tennessee for the Music City Nationals. For complete athlete standings and more information, visit the NBL website at www.nbl.org.

About the National Bicycle League

The National Bicycle League (NBL) sanctions exciting local, state, and national levels of BMX (Bicycle Motocross) racing across the country and in Puerto Rico. With more than 30,000 members and more than 150 BMX race tracks, the NBL is the largest not-for-profit BMX racing association in America. NBL is BMX! For more information, visit: www.nbl.org. 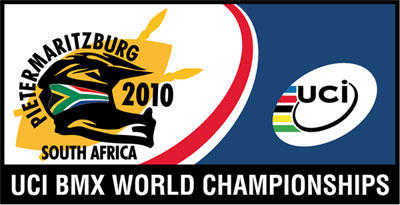 Pietermaritzburg - South African BMX star Sifiso Nhlapo continued his giant killing form in the United States on the weekend, while Australian Sam Willoughby pushed himself to the top of the podium at the Great Salt Lakes BMX Nationals at the weekend and muscled to the top of the list of World Championships favourites.

South African hoping for a local World Champion in Pietermaritzburg were given some hope when Sifisi Nhlapo took fifth in Sunday’s racing. Nhlapo is also on the comeback trail after a potentially career-ending crash last year.

The young Johannesburg resident has proved himself able to mix it with the big guns once more and his appearance in the final on Sunday was his third in four events after a fourth and a fifth recently in the Mid West Championships.

"I felt good all day getting through my motos with ease transferring to semi on day one," said Nhlapo. "In the semi I knew it was going to be stacked. Going down the first straight we were pretty even and banging bars and none of us we going to shut it down resulting in carnage where two of us crashed out."

"Day two went a lot better," said Nhalpo. "I got through the motos and semis and was feeling great had a solid clean lap in the main final to finish fifth."

"Coming back from all the drama I had in Europe with my visa is just a breath of fresh air," said Nhlapo. "Just being able to focus on my racing again with a clear mind has been great and I love it. Being here in the USA is different in a good way. I have always been able to adapt to change and this has just been another test of character and I think I have done well."

The Great Salt Lakes Nationals in Utah is the final major event before the world’s best riders head for Pietermaritzburg to take part in the UCI BMX World Championships at the end of the month, and so was the last chance for riders to establish a psychological advantage before aiming for the world titles.

By spoiling the American Day of Independence parade for the US fans in Utah, Willoughby made sure he will be the rider to watch in Pietermaritzburg on July 29 to August 1.

The Australian ended second in the first round of racing on Friday with 2008 Olympic Champion Maris Stromberg taking the win. Khalen Young crossed the line third while fourth-placed Donny Robinson, in his first event back after a serious injury, proved he is well on track to challenge for the world title.

Willoughby was sublime on the Sunday and cruised to victory with David Herman grabbing the runner up spot from Stromberg, with Young in fourth.

The riders will be going their separate ways with a variety of different races at various venues around America and Europe before congregating in Pietermaritzburg at the end of the month to find who is the world number one. 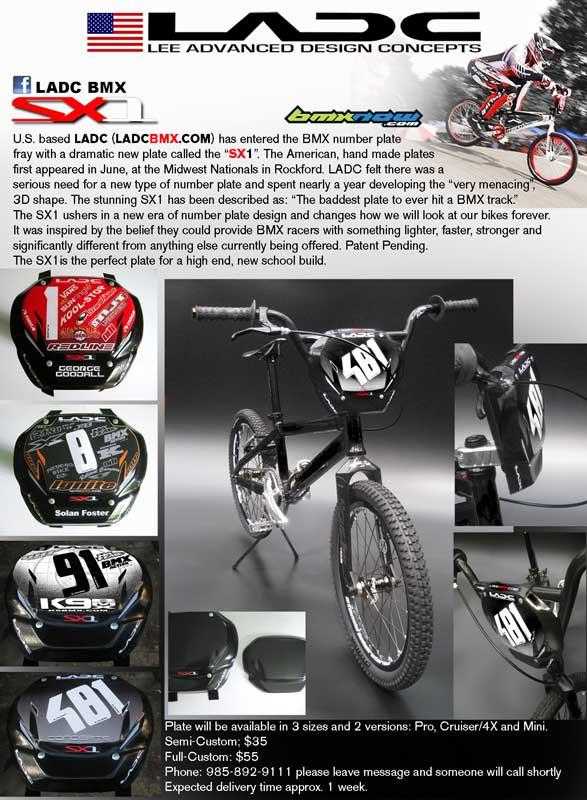 Rennen/Intense takes a win at the Rock! 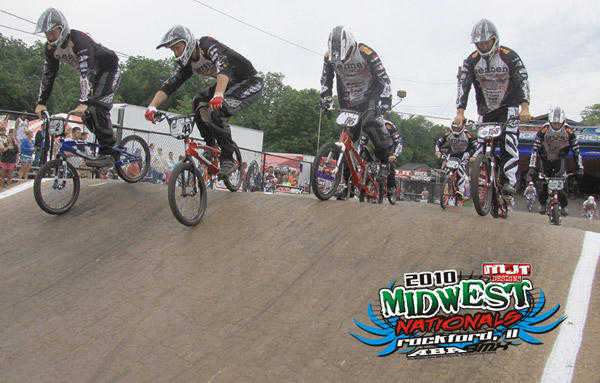 Stop number two of our summer grind tour found the team in Rockford Illinois for the ABA’s Mid West National. This is arguable the second largest annual BMX racing event east of the Mississippi, and Rennen/Intense was up for the challenge. With over 200 motos and most of our team riders in classes of 4 to 7 racks, this was one of our few opportunities to earn “major player’ Factory Team scores toward the showdown in Tulsa this November.

Day one the team was on point, with Will Murray (Masters), Austin Loebe (Jr. Men and 17-18x), Max Egdorf (19-27x), and Erik Meyer (11x) all finding the podium and catapulting the team sheet to a score of 217 and a Factory Team victory!  Pat Parker rode well for the final team sheet line; we shockingly lacked a female rider in Rockford, when that’s usually our consistent strong point, but ran into some “Mangulation” in both of the 28-35 expert main events. Chris Meaker represented Rennen/Intense with a big time win on day two in the 36-40 expert class. Alex Anthony looked strong in the Single “A” pro class but did not get the finishes to show for it. CJ Fisher looked strong in the Jr Development class, but has learned the hard way about tire size increasing with body size and should be back from a dislocated shoulder soon. Randy Bitinaitis kicked off his 2010 ABA season in Rockford and found the podium in both 41-45 Cru and 41+ X numerous times over the course of the weekend

Stop three was at the NBL’s crown jewel event in Pittsburgh, PA. South Park is, and no matter how you alter it, a track that “keeps you on your toes” so to say. It’s the kind of track where if you make a tiny mistake, it can be magnified like no other place and result in a major injury with the accompanying air lift to a downtown trauma center. South Park is engrained deep in the annals of the NBL’s history books, hosting the 1982 Grand Nationals and was televised numerous times in the 1990’s for ESPN’s road to Glory TV series. In 2010, the race (same as last season) sent two team riders to UPMC in downtown Pittsburgh. With the agony of injury comes the thrill of victory and Max Egdorf (19-25x) (who was one of the two team riders in the hospital last season), Randy Bitinaitis (40-44 cru, 41+ X) and amazingly Rochelle Wooding (14 girls) (who dislocated her right shoulder for the 7th time Saturday morning in South Park, then returned for Sunday’s race) all scored main event victory’s over the course of the two day event.

Rennen/Intense continues to focus on dominating the major BMX events east of the Mississippi, regardless of sanction, and have affectionately anointed ourselves “Kings of the East”. We thank you all for your continued support.

We now look forward to a much deserved Fourth of July long holiday weekend off, and then get right back at it the following weekend with skeleton team efforts at both NBL Nashville, TN and ABA Westfield, MA. 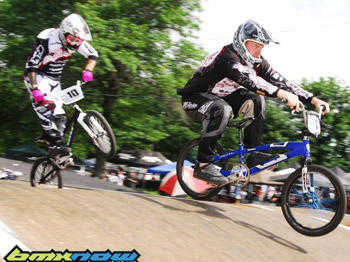 For those of you in the New York state area, Rennen/Intense will be holding a clinic on Monday night July 19th at New Paltz BMX. We recently received a batch of one time limited edition Rennen/Intense T-shirts from BLTees Inc and those will be available at this event. Also our 7th annual summer camp kicks off in Bethel CT on Monday July 19th at Bethel Supercross at 9am.

Follow the latest Rennen/Intense team photos, information, and fun tidbits check us out on Facebook at: http://www.facebook.com/pages/RennenIntense-Factory-Team/260978136054

Rennen/Intense is a division of Bizzarro BMX, Inc.